How a boutique crystal chandelier maker found its home

Tucked away on a quiet street on Budapest’s “Rose Hill” is an enchanting, stately old house called the “Neuschlosz Villa”, where Manooi Light Creations’ headquarters are located.

The mansion looks like a castle of sorts, mixing neo baroque and neo renaissance styles. Long-ago pictures of the villa reveal the peak of its tower section topped by a steep crown like one might see adorning many of the towers in Prague. These days, however, it’s flat on top – one of the mansion’s battle scars from the Second World War. And it does have a number of open-air and covered verandas – added later – that offer spectacular views of the city.

Today this unique structure at Apostol Street 13 in the 2nd district is a testament to both the creativity and perseverance of Budapest. 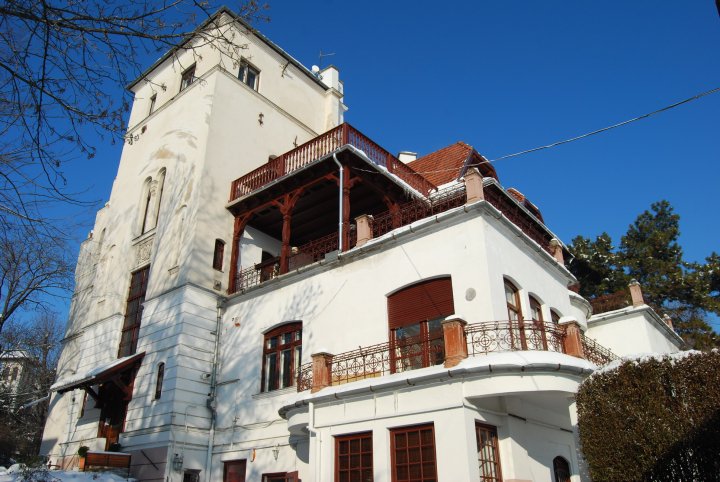 Named after its first owner, Ödön Neuschlosz, the grand old house was completed in 1898 according to a plan by Hungarian architect Ignac Alpar, unknown at the time, but who would become one of an esteemed generation of architects who were responsible for Budapest’s architectural development at the turn of the century. Indeed, after designing the villa, Alpar won broad acclaim for his planning of the Vajdahunyad Castle for the Millenium Celebration in City Park (“Varosliget”) and went on to design the Budapest Stock Exchange, the Hungarian National Bank and the quirky “Anker” building right downtown near Deak Square, all landmarks of architecture in the Hungarian capital.

Discovering the story behind the place

That sort of deep history and grandeur were exactly what Judit Zoltai, Manooi’s co-founder, was in search of when she began looking for a company headquarters about 10 years ago. She says she has a special approach when it comes to finding an office space or picking out a family living space. “For me, it’s important that the place has a story and some history behind it,” she explains.

The Neuschlosz Villa, says Judit, was no different. It had a strange advert that piqued her interest.

She remembers, “The ad had a weird picture that showed the carved wood interior, which is fantastic, but the picture was odd and dark. Still, it was apparent from the ad that the space had some soul to it; I’m not always looking for something that would be ‘good.’ What I choose needs to have a certain ‘something.’”

Judit explains that whenever she and her husband, Janos Heder, Manooi’s co-founder, are looking for a property, she’s the one who does the legwork before showing him the “finalists”.

A masterpiece, inside and out

If the unusual exterior of the Neuschlosz Villa doesn’t wow you, just step through the heavy and massive wooden door at the mansion’s main entrance which opens up to reveal an archaic wooden staircase. Past that, one steps into an expansive parlour filled with intricately carved redwood from South America. The stately old room is big enough for throwing a ball. And just next door, to the left of the parlour, is a stunning, olde-world library. One can easily imagine it filled with classic books. Off the right side of the parlour are the offices of Manooi.

Judit says she also remembers seeing those things for the first time.

“So on the day I went to see the villa, it was enchanting because I entered, looked up and saw all of the handcrafted wood, then I went into our possible office space and looked out over the Danube, and the place really grabbed me. One of the small rooms in the back is especially bright and is a bit different than the other ones – it looks down on Margaret Island and Margaret Bridge. I found it really charming.” 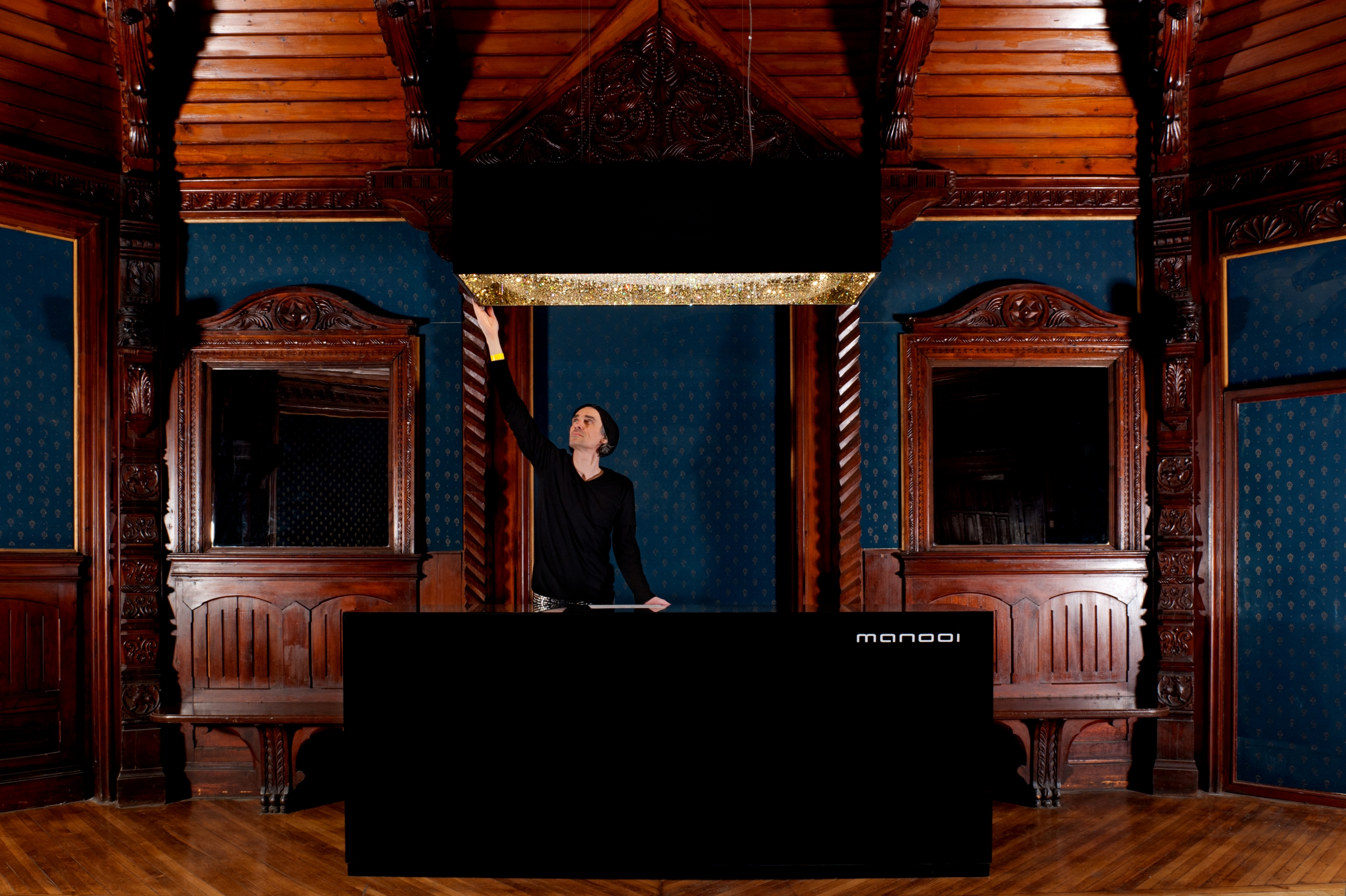 Part of the reason Manooi chose the villa was the impression it makes with clients who come for a visit.

“We definitely were searching for the kind of space that would accommodate our chandeliers,” Judit explains. “Crystal chandeliers have the same effect on both modern spaces as they do on classic ones, but they definitely give their best to very special rooms, so they absolutely suit our headquarters and are in harmony with it, and our clients are really impressed – they’re taken aback in a positive way when they enter the parlor, where we’ve installed a giant chandelier on purpose, to transport them into a dream, away from life’s everyday hustle and bustle.”

She says Manooi’s offices are a contrast to the Bauhaus-era house that she and her family live in, but most of their time is spent at work in the villa.

“I remember we weren’t quite sure  we wanted to stay because the space was a bit dark, but the house representative encouraged me, saying, ‘Judit dear, you’ll see that you’re going to end up staying here longer than you think.’ And she was right! We really love being and working there,” admits Judit.

As for whether there is still something to discover for her in the Neuschlosz Villa, Judit says one of her friends shared some old photos with her that revealed what the interior of the house looked like back in the old days. “Originally, the walls and the windows were much different, and when you see where there were paintings and furniture, vases – what life was like 100 years ago – that gives a really interesting peek into how it used to look.”

But, Judit says, the mansion is hiding an even greater secret about which few are aware – a tunnel that is accessible from the cellar and allegedly leads all the way to the Danube.

“We asked if anyone had ever gone down the full length of the passage,” she reports. “They haven’t, but say that parts of it are walled in, because there could be mines or who knows what in the tunnel.”

And that’s why, even though it’s no secret what a great space Manooi found for creating and exhibiting its luxury chandeliers, the old house will keep some things to itself.