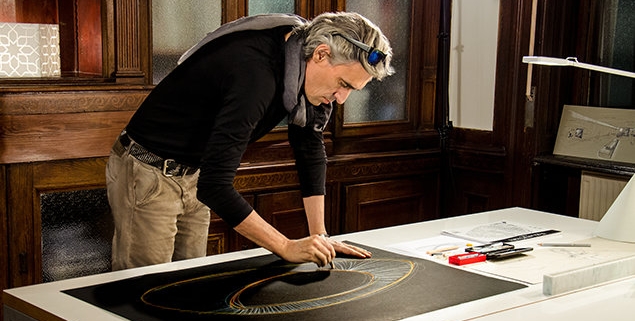 When it comes to being a designer, János Héder, MANOOI co founder and brainchild behind the company’s exquisite lighting creations, says he shares a sentiment that his company likes to tout: “Creation is our ‘mother tongue’.”

But, in his case, becoming a designer was not something he was born with, but the result of his observations about the world around him, which led to an evolution in his thinking. 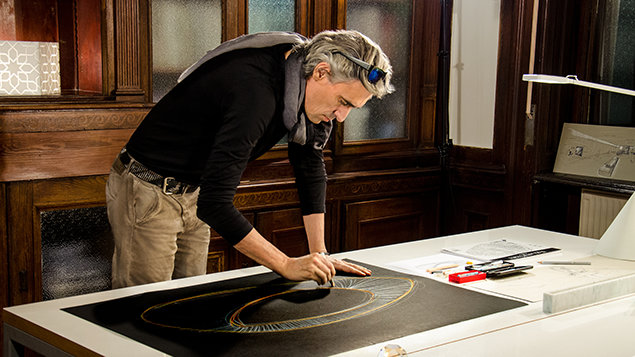 “When you’re young,” he explains, “you don’t realize that being a designer is a profession; you’ve only noticed that there are objects around you – and that’s how it is.”

“Design” as a concept was even more of a mystery to him, seeing as he grew up in socialist Hungary, where goods, housewares, utilitarian objects, cars, etc. were “one size fits all” and sometimes had to be cherished and used for decades. “Everyone had exactly the same objects, the same home interiors, etc.”

János recalls that the things in his parents’ flat provided him food for thought. “Those things were natural, but whatever there was I had different ideas on how it should look and that it was possible to improve upon it – when you don’t feel that things are in harmony with themselves, they just don’t go together: ‘that rug doesn’t go with the table’, for example.”

Back then, entire blocks of flats were all fitted out with exactly the same things: silverware, plates, furniture, whatever you can imagine. One department store chain had a slogan that went “Irreplaceable because they’re replaceable”.

“So if you broke it, you went in and bought another,” he explains. “This was such shitty logic and I hated it.”

“When things are mass produced – 100,000 pieces of something that has no thought behind it – that really disturbs me, because with a little care it could be something different, but they’ve taken every kind of uniqueness out of it which might strike our fancy.”

In contrast, János says he likes items that are really well thought out and work well as well as objects that have a heritage and which provide some perspective on past times.

Given that few car brands were available back then, one way in which Hungarians dabbled in modifying utilitarian design was in how they customized their cars – many times the Russian Lada – to differentiate them.

“They looked really lame,” says János, who also remembers having his breath taken away when seeing a very not lame Lamborghini Countach for the first time at Lake Balaton. It was noticeable that much thought had been put into the sports car’s design, and it struck a nerve with him.

“Something’s not right,” he realized, concluding that it was possible to make better things than what was available in Hungary.

Then, when he was 10-years-old, János got an assignment to build something. He took a beer can, cut a hole in it, installed a socket and put in a lightbulb – it was a lamp, his first official creation.

“I realized how simple it was. You set your mind to it and do it, and then there is something different, something new.”

At that time, he realized that there are individuals – designers – who come up with such objects; they don’t emerge by themselves. “There were people who came up with the Moskvitch and the Lamborghini, and that’s something we can also do.”

While he felt like a misfit in his own culture, his family’s trips to Italy, where the proportions of objects and details seemed more true, were enlightening.

He explains, “Since I had no other weapon in my arsenal, I decided I wanted to be able to create a future reality, through which one can improve things.”

János went on to create all kinds of things, like furniture for example, deciding to study in the Faculty of Architecture in Budapest, later changing to Interior Design and graduating in both that and architecture.

He says his objective was not to manufacture things but to design a house for someone else, or the interiors of restaurants or shops, creating spaces where people feel good.

“For a long time I designed shops, because I don’t like to shop,” he says. “My intention was to create spaces that I would gladly enter, where I would understand the products and find what I needed. I had a very basic concept of how I thought a shop should look, and I did my best to realize that – and it worked.”

János says his first real success was the interior design of a restaurant that received a fabulous reception from those who entered.

He adds that he has never wanted to manufacture something on an assembly line. “I’ve always been interested in creating things that have emotional content, something that does entail architectural logic but also moves people emotionally – things that spark interest and conversation.”

Today, when asked what fuels his creativity, he explains that while working interior design he reached a point in his career where he was aware of his knowledge, but also aware of what he didn’t know. “I had a good perspective on the field that I was working in, and as you go forward in time so many different experiences come together, so that I’m not considering things from the standpoint of a lighting designer but rather how it is possible to improve things out of some sort of logic,” he explains.

“Increasingly, almost anything inspires me and I have an opinion about almost anything I see. From that standpoint, it could be furniture or architectural design that moves me.”

János says that as a designer, one must have an instinct regarding how materials can be used, or how they can be combined; it is crucial to consider what can they contribute.

As for his approach as a designer with a special perspective, he believes not everything needs to be new or completely modernized.

János recalls one incident which illustrates this: “We designed a restaurant space and a marketing guy showed up and said ‘don’t include arches because they’re not timeless.’

“These kinds of deliberate, scientific perspectives don’t work (for me),” he comments. “Objects, in and of themselves, need to be very technical – they’re created with the sentiment of making people’s lives better. It’s that simple. Sentiments that fall outside of that are a bit constipated.”

According to him, there are some things that will always be a given, like a rainbow.

“You’re not going to change it because someone believes that it should be upside down in the 21st century. There are some elementary things, which people will always communicate: a sunset, a mountain, a reflection of light off of water – those things, which are universal, are in objects, and those materials and forms which have worked thus far.”