MANOOI is extremely proud to have been featured recently in FORBES Magazine. In fact, we liked the article so much that we decided to translate it and share an excerpt from it with you. 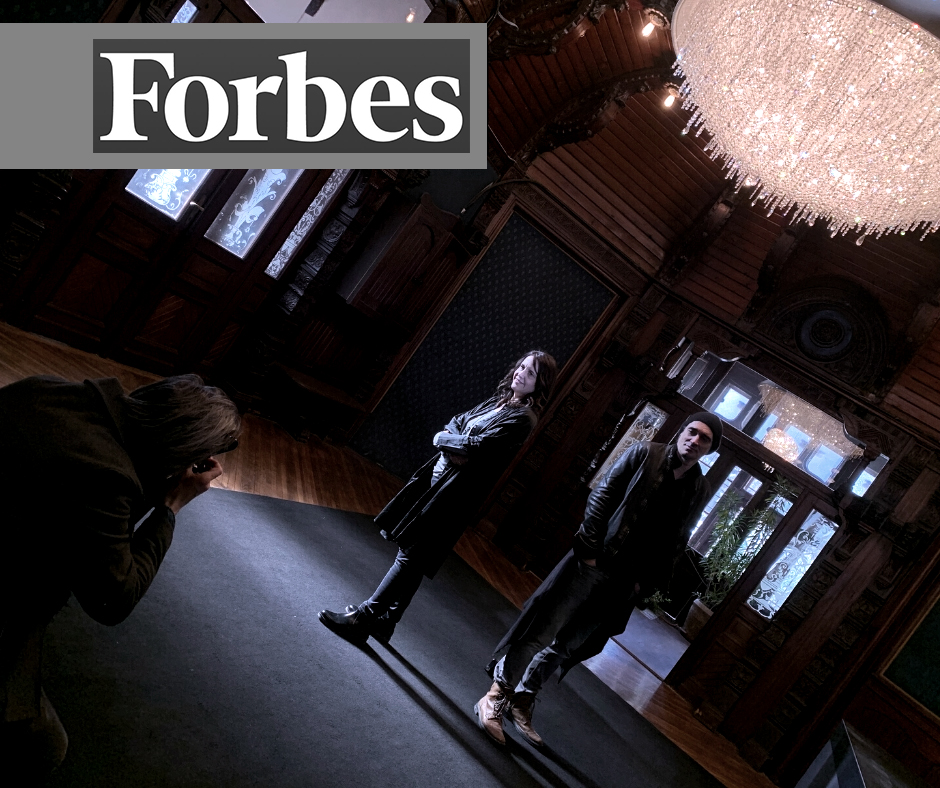 New lights for a new world

At the beginning of the 1990s, Hungary, which was shaking off the cobwebs from a few decades of communism, had a scarce supply of specialty lamps, so MANOOI’s co founder, János Héder, took the initiative of designing light fixtures with his first company, Inarchi, an interior design enterprise specialized in retail chain outlet branding.

He explains: “The point was, we were looking for powerful and eye-catching lights that fit a space and gave it character.”

Their approach was wildly successful.

Due to the numerous domestic and foreign orders they received, they were able to build a stable network of contacts, especially in the commercial sector. The price of their interior plan included a 100% guarantee that customers’ turnover and profits would increase.

MANOOI: A meeting of minds and hearts

János’ wife, Judit Zoltai, graduated as a porcelain designer. Like János, she was also interested in lighting, and she wrote her dissertation on it. They had a meeting of minds and began working together. Their first major commission was a request from Hungary’s Mobilia-Artica furniture company, launching their very own crystal chandelier, called Artica, for their client’s exhibition booth. To this day, Artica remains one of their most popular models, and makes up the MANOOI company logo.

They assembled their very first chandelier in their garage. When they had some time, they started assembling crystal. The piece became a dazzling success: crowds formed at the exhibition in front of the stand, so many people took photographs of their Artica lamp.

“The product itself automatically draws all of the attention,” according to János, who says that the uniqueness of crystal lies in the fact that the experience is constantly changing as the viewer moves.

“There are elements of the universe that are unquestionable,” he says, offering an example. “If you scatter a pile of crystal, and a bunch of toys, the crystal is the first thing the kids will go for.”

MANOOI orders its crystal from several places, with their regular suppliers being Swarovski and Bohemia. The crystal material they use is in and of itself coloured, of the absolute highest quality.

Even then, they had no shortage of orders, continuing to collaborate on interior designs for international brands even after MANOOI was founded. But what really set things into motion happened in 2009, when MANOOI made its debut at the Milan International Furniture Fair.

Since then, their chandeliers have found a home in 80 countries and MANOOI has a total of 25 showrooms around the world, including in Japan and South Africa. The company’s lighting creations are mostly sought after by interior designers, resellers and large hotel owner investors. For years, Russian clients made the biggest contribution to MANOOI’s turnover, but these days they receive most orders from customers in China.

Not only are standards different in each region, but what customers are looking for in a light fixture also varies quite a bit. In China, which János considers the fastest growing market for luxury goods, many buyers go for colour and traditional shapes. Where a lamp will be placed is an important consideration in their design. A more colourful piece works well in a minimalist Scandinavian atmosphere, but the same light fixture is lost in an over-decorated, colourful environment.

“It’s good when a lamp finds where it’s supposed to be,” says Judit.

In addition to one-of-a-kind projects for clients, Manooi also has its own line of lighting creations. On a larger Artica chandelier there are 30,000 crystal components, while a smaller piece may have 2,000. The 500 kg (over 1,100 pounds) Burj chandelier even comprises 180,000 pieces of attached crystal, and the 2116-meter crystal chain is longer than the Champs-Élysées. 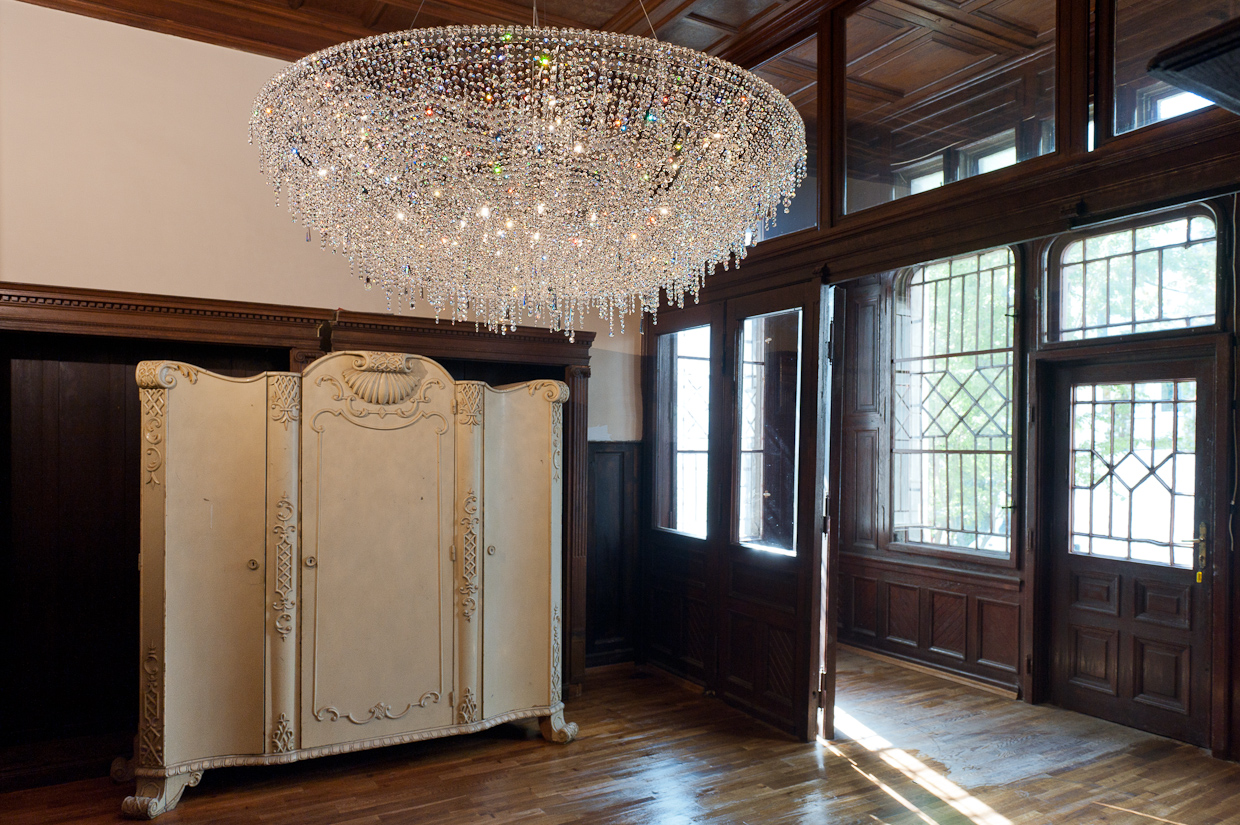 MANOOI is now on the verge of transformation as a company. Soon, it will also include an experimental workshop where, in addition to crystal, they will work with other materials such as porcelain.

While most of their sales are made abroad, their position on Hungary’s domestic market is also considerable. They are not afraid of competition, believing that from an artistic design point of view, they have no competition in Hungary.

“We design, manufacture and market,” explains János, “but our native language is creation.”

The 100% Hungarian-owned company works out of six different locations, among them the renowned Alpár Ignác villa, MANOOI’s headquarters, where design takes place. Finished lamps are assembled strictly by hand in a workshop located in Budapest’s former Goldberger factory.